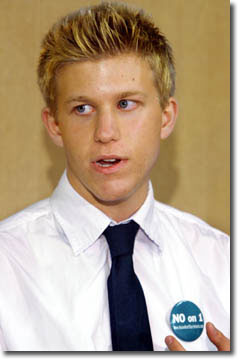 Since I came out in 8th grade (age 14), activism has been a major part of my life, particularly efforts to further the rights of and protections for gay and lesbian individuals. Being gay myself, I know what it's like to be in the minority and many times I've felt the weight of discrimination or oppression. I've experienced outright hostility just because of who I am.

In my junior year of high school I took up a more active role and later joined EqualityMaine's effort to add "sexual orientation" to Maine's anti-discrimination policy, speaking at the State House before the Joint Judiciary Committee. I worked a great deal with the University of Maine's Alliance for Sexual Diversity - Wilde-Stein and I continue to play an active part in the gay community.

My experiences in politics, grassroots activism, and even the hurt I've been through, have all made me a deeper and more aware individual. I'm more compassionate to the needs of others - not just gays, but also anyone who has been affected by intolerance or prejudice. I better understand our government and how laws are passed, and why we are so fortunate to be Americans. Below you will find an extensive history of my activist work. I hope some of it will inspire you to find a special cause so you too can live a purpose-driven life.

Activist Efforts
I have separated the timeline into Pre - NO on 1 and NO on 1. Hover your cursor for document titles and click to enlarge. Files are in JPEG and PDF formats.

NOTE: The "NO on 1" campaign below is the 2005 LD 1196, An Act To Extend Civil Rights Protections to All People Regardless of Sexual Orientation. This is not to be confused with the 2009 LD 1120, An Act To End Discrimination in Civil Marriage and Affirm Religious Freedom. I helped with that campaign and created two marriage equality websites and lobbied the public and some churches to extend marriage rights to same-sex couples, as well as signature collecting and volunteer recruting on campus at UMaine. However, I strongly believe that same-sex marriage will follow in the same steps as all other major civil rights issues in American history, and be handed down by Congress or the Supreme Court.

No major civil rights or human rights issue has ever been won by popular vote. In 1920 Congress passed the 19th amendment, granting women the right to vote. The 1954 Brown v. Board of Education Supreme Court case ended academic racial segregation. In 1967 the Loving v. Virginia Supreme Court case essentially legalized interracial marriage nationwide. In 2003, the Supreme Court shot down all sodomy laws in their Lawrence v. Texas judgment. The civil rights of immigrants and refugees, religious individuals, students, the disabled, and countless other classes of people have been no different. Therefore I strongly believe same-sex marriage will be an issue for Congress and/or the Supreme Court of the United States. 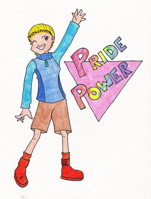 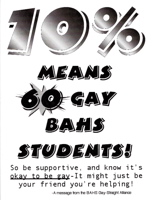 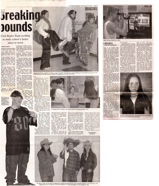 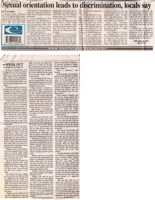 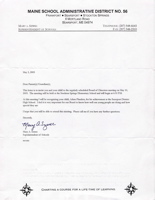 Photos from the Campaign